Room with a View

Cottage Keepers recently completed an addition to a “forever home” with views of Sugarloaf Mountain. The project is a great example of how an experienced custom builder can bring value to a home construction project and make your dreams materialize. We are proud to have been able to make adjustments that fixed the home’s discrepancies […]

Cottage Keepers recently completed an addition to a “forever home” with views of Sugarloaf Mountain. The project is a great example of how an experienced custom builder can bring value to a home construction project and make your dreams materialize. 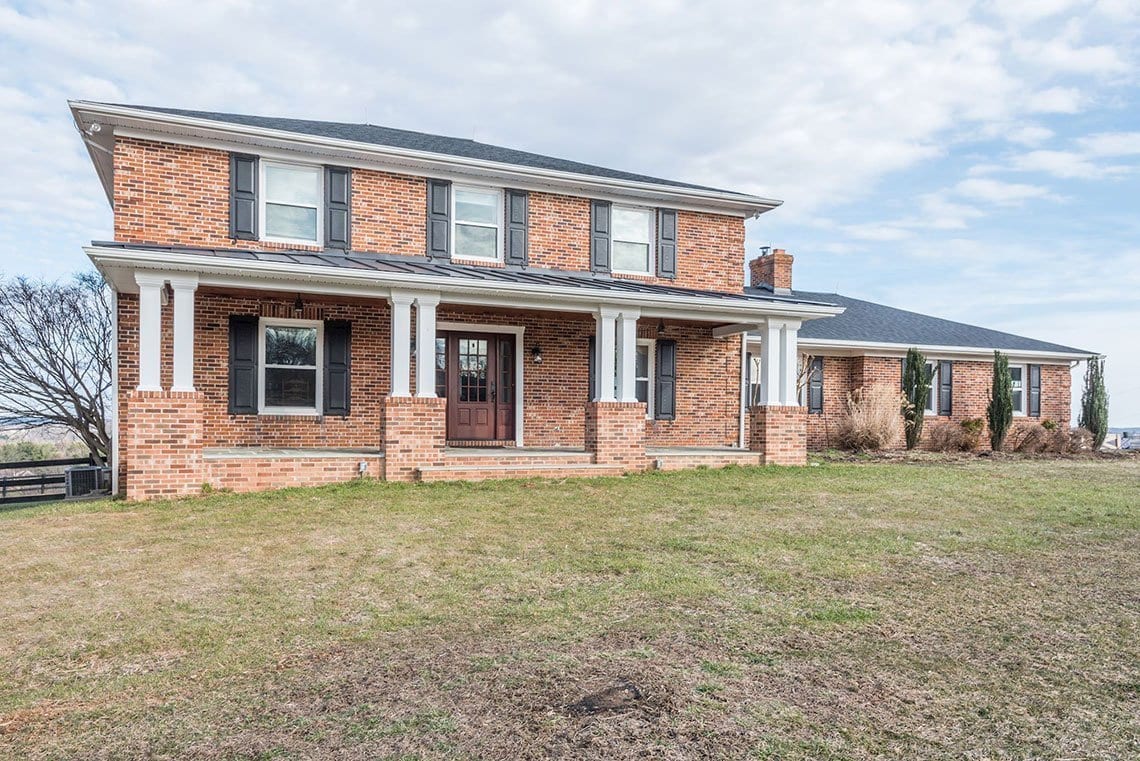 We are proud to have been able to make adjustments that fixed the home’s discrepancies and enhanced the building plans in the field. We listened to the client’s overall vision for their property and took their future plans into account during this work. We also heard the client’s frustrations with their home and found small ways to eliminate those thorns without changing the cost drastically.

The owners of the Sugarloaf home are gearing up for the next phase in their lives, with kids off to college and retirement in sight. They love their  property and the view of the mountains and hills. Two additions were needed to make things perfect.

Despite its location, the house did not have a room where the views could be enjoyed. The client wanted an addition would allow them all season views and a deck that they could use for entertaining. An existing over-sized, non-compliant deck and built-in hot tub did not meet their needs. 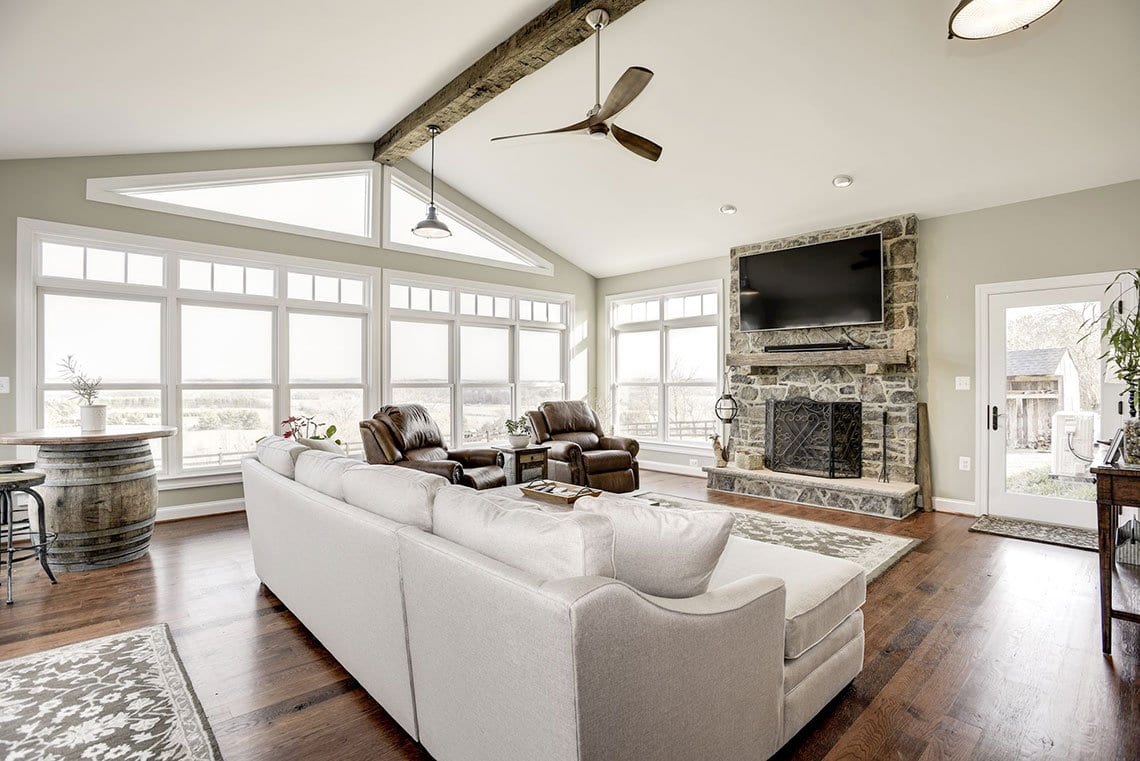 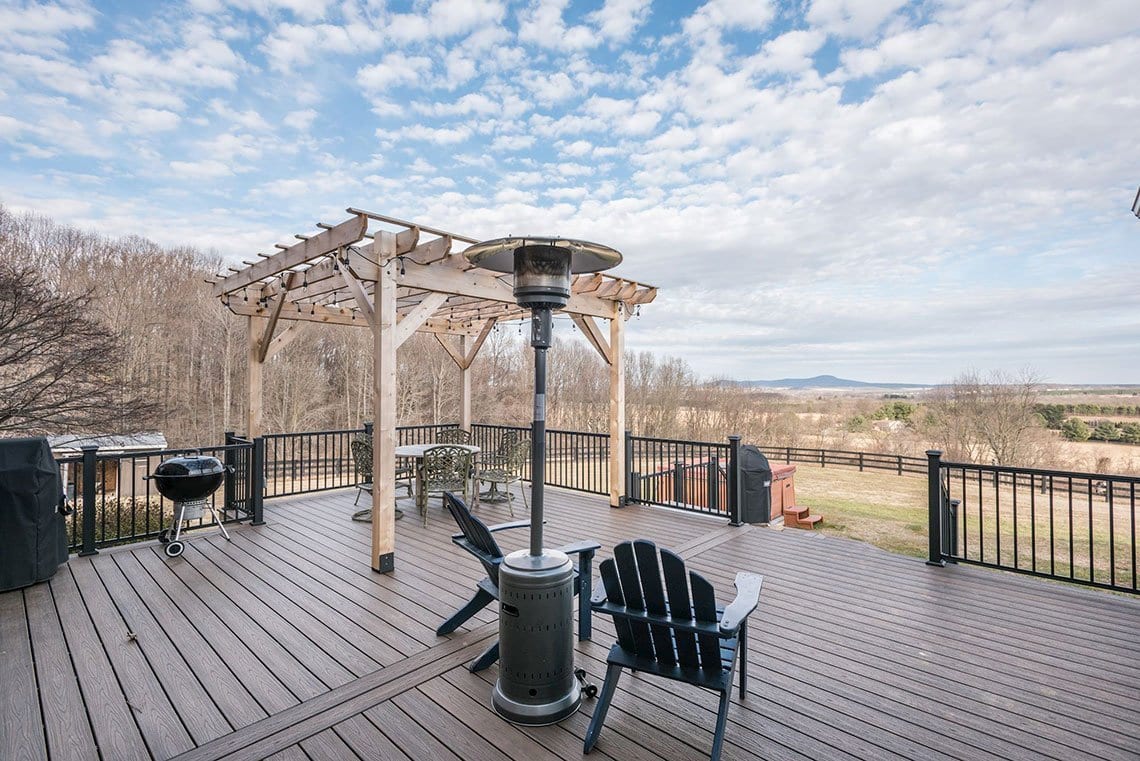 Additionally, the client wanted to break up the traditional, flat colonial facade, and add an additional place for watching the sunset. The house faces directly west, so the back deck is shaded in the hottest part of the day. A covered front porch, stone floors, tongue and groove wood ceiling and ceiling fans would keep this area comfortable, even during the dog days of summer. 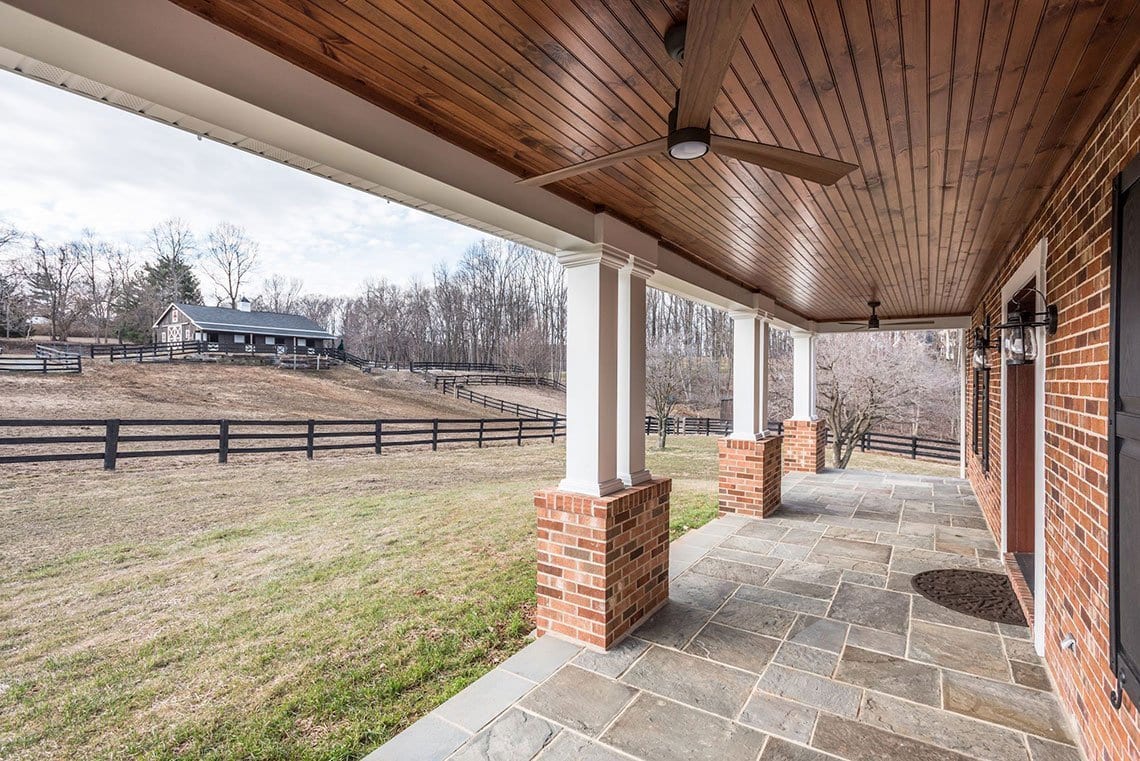 The challenges to this work were minimal, and correctable in the field.  There was an elevation discrepancy on the back addition of about 18 inches. We hoped that by lowering the wall height in the back room we could keep the roof pitch the same. The transom windows – important for the view and natural light – would not fit if that was done, so instead the roof pitch changed so as to keep the ridge below the existing house. This also created what we call a dead valley on the existing house roof, so an oversized cricket was constructed in order to shed water away from the main house brick facade. Although this was not accounted for on the building plans, Cottage Keepers was able to remedy it in the field with the architect’s approval.

The Sugarloaf home’s two-level back deck had one complication – a septic tank. The septic was not marked but we proactively had a septic company come out and mark the tank and install a riser for future service. The lower portion of the deck was customized with the homeowner’s input. This allowed for the main portion, or upper level, of the deck to remain unchanged without sacrificing the client design ideas. The hot tub was to be built into the lower deck. However,  that would have been situated directly on the septic tank. Instead, we moved it out from the deck, on an independent concrete slab. A future patio will tie in the hot tub and additional deck space. The grading for this future work was done to prepare a rough outline. 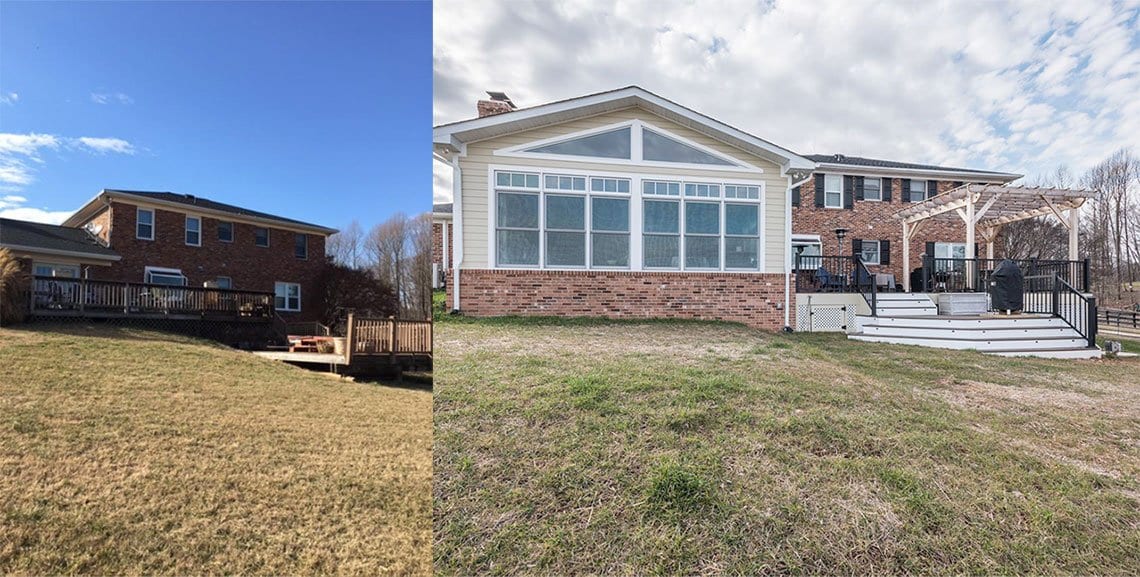 The client also had Cottage Keepers address a number of other design features that helped make their home more convenient and livable:

2×4 foot slate stepping stones that were removed from the front of the house were recycled into a landing off the back addition, a platform for the new HVAC outdoor unit, and a platform for trash cans and the propane tank along the fence line.  A few bags of concrete and a few hours of labor resolved a host of frustrating issues, made the property look tidy, and added that personal touch every client desires.

The front porch was designed to meet all code requirements and change the overall curb appearance of the home. Additional ridge covers were added to the metal roof to conceal the seams and make it more attractive.  Although the roof was tied to the house by attaching the girders to the wall framing of the front rooms, the roof itself lacked lift prevention. With extensive experience with wind and water, Cottage Keepers developed a  perfectly concealed remedy: ties were added to the roof rafters and roof ledger down to the girders to prevent roof lift. Additional ties were added to the girders to the piers and down to the concrete footings. Should the roof experience high winds, it would have the whole concrete porch and front walls of the house anchoring it. Additional fill was added around the front porch to prepare for a future walkway and to correct the finished elevation and eliminate the necessity of rails on the porch and steps. 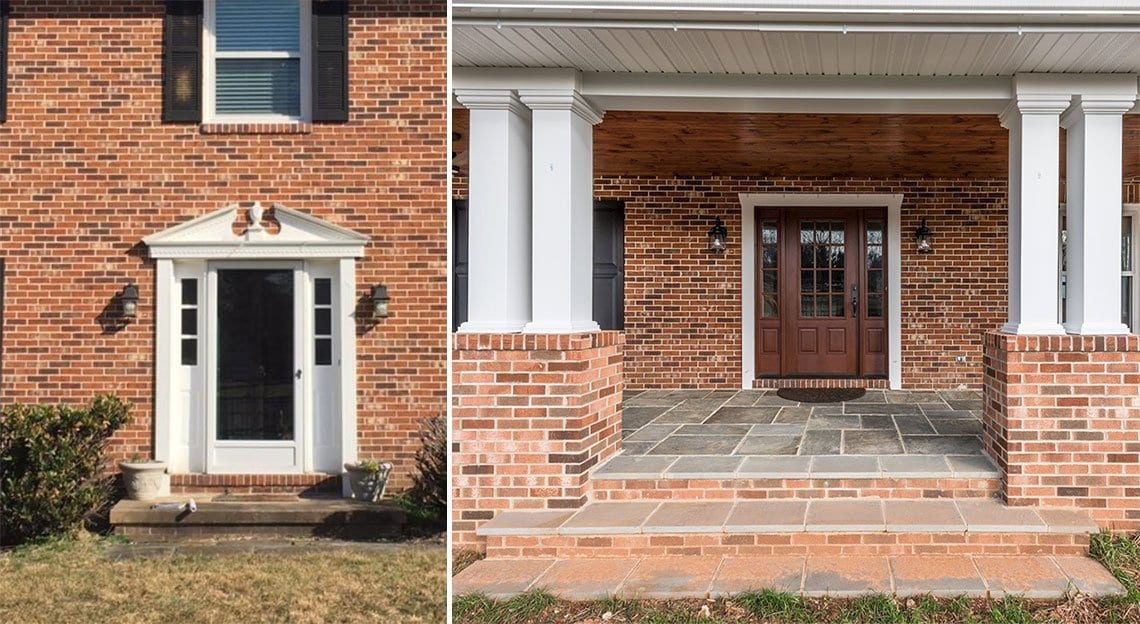 By assisting with allowable purchases, the client was able to afford upgrades around the house that were not a part of the original plans or contract. Many of these items addressed outdoor frustrations.

Cottage Keepers made sure this home met the client’s vision of a forever home. It’s all in a day’s work for us. After all, this kind of service and personalized construction is what a custom builder should bring to the table.

We strive to provide excellence in performance and craftsmanship. We do not settle for the industry standard and believe our customers deserve better. We hope to continue to grow and offer more services and products to our customers by continuing to provide a higher level of service and customer understanding.